Bryan Austin was determined to create a funnel that was longer than just 2 pages… which is the only way upViral will work.

And I've seen gobs of other people try to do it and all of them (at least as far as I know (and I'd love to see your funnel if you have done it!)) have failed in one way or another.

But Bryan did it!

Well, there's a true confession… and I'm not sure he realized it, but he kinda built a multiple page upViral funnel, but he didn't 100% break the 2 page curse.

It is a bit hard to fully describe in a post, better to see in video, but his solution includes multiple pages and the user goes thru them all, but the ‘two page upViral funnel' is still in there and it is the last 2 pages.

I've gone in a whole lot more detail in this video…

Wow, that was a mouthful don't you think?

I'm very impressed with the way Bryan put the whole thing together and while the upViral optin isn't in the first position in the funnel, I know many people could apply this process to their plans.

The big key is to TEST TEST TEST!

If you're not passing that ref_id thru the process then you're not serving your campaign entrants properly!

Sure hope that serves you.

Thanks again to Bryan for the education! 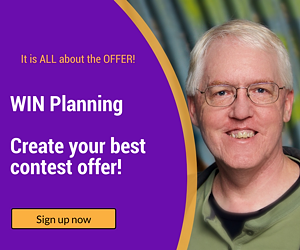